Lead Me Not Into Temptation

It just occurred to me to me today that we are all hell bound because we are all liars. Sweet bloody liars! The amazing thing is we even smile when we lie. The kind of lie I’m referring to, needs no special skills to execute, it’s just a combination of two or three words. Per my understanding based on my religious upbringing all sins are equal in the eyes of God and carry the same mark though I doubt God has a marking scheme for marking our sins. So just imagine, a common lie sin and a fornication sin carry the same marks. No major sin marks or minor sin marks. All sin be sin! This is as scary as sending a message to your Ewe father who is a soldier or a teacher or a carpenter who has told you countless times that he was always first in class when he was a child that you have failed your exams just as you did the other semester.

So today when I woke up courtesy of my two alarm clocks (the one that only men have and stands perpendicular every morning just to ring and the one on my phone) I had my quiet time and decided not to follow you guys in committing this sin again. To be quite candid with you I had some naughty thoughts that made me feel hanging like an unbalance cocoa scale and to curtail this thought I started reciting the memory verse I learnt this morning. Now as I get to my workplace, I meet some of my colleagues who I shake hands with and walk away to my office. Five minutes after settling in my chair and switching on my laptop,  Ekosiwaa walks in. Now here is a lady colleague and friend who is that one out of many who is not just physically beautiful and hot but also beautiful in terms of character. Secretly almost all the guys in the office crave for her and drool in their minds when they hug her. At times I believe even mosquitos flirt with her before they bite here and when they do it’s so gentle that she feels no pain. With these descriptions I hope the guys reading this are not drooling in their minds and the ladies chuckling to themselves out of a little bit of envy. I would have described her as a lady with a perfect body if her buttocks were a little bit more pronounced than they are. I mean the kind of buttocks that looks like two over flowing balls of fufu placed side by side in an asanka. After lighting up my office with her smile she opens her arm wide for a hug to which I oblige. In the course of hugging her she says‘Koku how are you?’.

As I have already told you I have promised God and myself that I was not going to lie.  Hell no! But then again is she sure she really wants to know how I am? Earlier on I was feeling a little bit horny which is human nature and took measures to curtail it and here I am locked in an embrace like a love padlock from the shrine with a beautiful girl who I sometimes fantasize about and she wants to know how I am. Well with how I was feeling based on the resurgence of my naughty thoughts, it was either she was going to take offense at what I was going to say or laugh it off as a joke. Either ways one of us was going to be hurt and so I just smiled and told her she really didn’t want to know which took her aback. 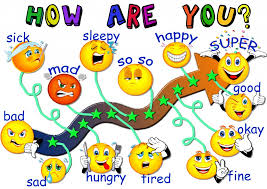 Let’s be a little honest with ourselves, most of the time we all lie that we are fine when we are asked how we are by people and as I said all liars are hell bound per our religious beliefs. So I beg of you only ask me ‘How are you?’ if you really want to know my true state of mind and body and not because it is a formality because I do not want to be led me into the temptation of telling the commonest lie in the world.

*****If you do not wish to lie , do not answer questions you know, they do not want to know answers to. If there were no questions, there would be no lies.******

2 responses to “Lead Me Not Into Temptation”