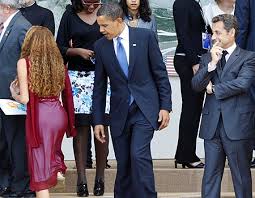 Any guy who says he doesn’t have a shopping list in terms of the physical nature of the girl he dates, has dated or will date is a pathological liar. Aside a cool face, the lady must have sizable mounds on her chest, firm hips and legs supporting a buttocks that is as loud as a vuvuzela blown directly into your ears. For most of we men, nothing beats a well- shaped hip and buttocks well packaged in a nice dress (whether over zealously huge or small). Our heads just tilt and pan like the drooling balls of a Sokoto red goat and trust me some of us will definitely ask the lady “wo tu nunu?” Having said this I had a gut feeling that beyond what a Ghanaian man can offer a lady in terms of material needs and also based of his looks Ghanaian ladies also look out for some physical attributes to judge the size of a guy’s manhood before they decide whether they want to date him or not.

My French colleague yesterday said that she has noticed that a lot of Ghanaian men drive ‘huge cars’ and that in Paris it was literally translated into an inversely proportional relation between size of car and size of manhood and in plain words she said, ’the bigger a man’s car, the smaller his dick.’( With a French accent).  And trust me to ask how that translated to those who walk or ride a bicycle. So armed with this I set out to find out whether Ghanaian ladies considered the size of a guy’s manhood before they enter into a sexual or romantic relationship with him without having the guy to remove his clothes.

I already know there is a theory out there that says the bigger a guy’s buttocks the smaller his manhood and vice versa but trust me some of us have proved that theory wrong.  I do have a sizable buttocks but my manhood is nothing near small( hahahaha allow me to brag small). In your own imagination you can decide to judge its size because I’m not going to tell you whether it is medium, large, extra-large or extra-extra -large since it is not a shirt size you are shopping for. After making a few calls to some lady friends who I trusted to give me answers on this issue, I can’t help but laugh at the references I got. References ranging from the size of the guy’s hands and how straight they are; the longer the fingers the longer the manhood, the stouter the fingers, the stouter the manhood, the crooked the finger, the crooked (straightness) the manhood. Others told me that the kind of shoes worn by the person is also an indication of the type of manhood the guy has. The longer the shoe, the longer the guys shoe, if the guy like to wear Ali Baba and the forty thieves kind of shoe it means the shaft of his manhood is not straight. If his palm size is big and wrist is short then, the manhood size of him is small and it vary according to the difference in shape. Others said they use the distance between the guys thumb and index finger to determine the length. Hmm our ladies are going through a lot just to determine the size of our manhoods if you ask me. All you need to do is get naked and most guys will follow suit. Hahahahahaha but come to think of it does size really supersede performance? Wow! A lot goes on in a lady’s head but at this point all I care to know is any of these hypothesis can be proved.

Posted by soulbase on January 25, 2013 in ARTICLES