Today was the day I definitely had to free myself from the tension that was building within me. Work over the past few weeks was a torture and I could even hear my shadow complain of tiredness to the floors and walls on which it fell but like the rickety Labadi trotro with the inscription ‘Don’t mind the body…’, life had to go on and so I crawled out of my bed after a long Bukom Tsatsu -like fight with sleep to get ready for work. Aside me, smiling at the memory of my Mum screaming and asking me to clean my shin, heels and most importantly my armpits and the space between my thigh and my dangling balls well, the morning routine of getting ready for work was no different from other days. The ride in the trotro I bordered was the same as almost all the ones I have ever boarded. The trotro dance to the rhythms provided by the pot holes and trenches on the un-tarred road with us the passengers being the unwilling partakers in this dance ensemble. I just couldn’t wait for the day to end and already it seemed as though time had deliberately decided to practice its tortoise walk today of all days. Today a different panel of two by four pocket constitutional trotro lawyers debated the relevance of our self -thought President’s case at the supreme court and the only thing that prevented me from screaming at them to shut their mouths was the fact that I had stuck my head out of the trotro like a tortoise out of its shell just to avoid an induced suffocation from strong scent emanating from the mate’s armpit. I could feel even the air gashing at my face frown and freeze in its tracks when it got closer to the trotro window. If indeed the mate had spent his night in the trotro, there was no way any mosquito was going to get near  him or the one he shared the night with in the trotro for this was a true epitome of the bible verse ‘touch not my anointed…’.  My consolation in this case was that I was not going the full stretch of the journey.

Once I alighted I could feel the tension within me becoming strong as though a catalyst has been added to the chain of reactions inside my being and I wouldn’t be wrong to assume that it was the mate’s armpit stench for my shadow, was gasping for air and couldn’t stand straight for a while but as I entered the office and sat in my chair under the air condition we both sighed relief in sync. After settling in and logging on to my task of the day log, I moved into the conference room where we were going to have a general meeting and share progress reports on the various projects we were handling. Naa Atswe my ‘obroni’ boss who loved yok3 gari with the pride of the polished clay tripod in my grandmother’s kitchen walked in and scanned through us with her yooyi eye as her grin broke like copra smashed against the wall into a smile and said.

‘I’m happy we are all here. Can we now proceed with the meeting?’

Human legs and chair legs shuffled like a deck of cards in the hands on an old chacha player as we settled down and as the meeting progressed I could feel an unlikely tension building up within me aside the one I had been feeling for weeks now causing my facial expression to look like a confused rainbow drawn by a kindergarten child. For a brief moment I was physically in the meeting but not in the meeting. The only thing that brought me back was when Naa Atswe mentioned my name in one of her statements that my ears couldn’t catch and the clapping reactions of my colleagues startled me as I felt the tension walk down my spine to my gluteus region and exploded into a series of bragaaa gadagadagagag da response. Taken aback by my reaction everyone turned white as though they had been kissed by the ghost of harmattan and all I could say was ‘whew! Free at last! What a fart! And this spread laughter across the room as if it were corn for chickens. Finally my four day constipation had given up at the moment my promotion to a new position had been announced and free I was indeed not only from it but from my current financial position. 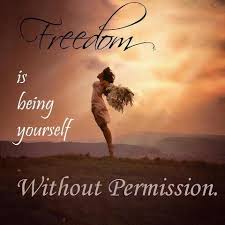 Posted by soulbase on February 6, 2013 in Fiction