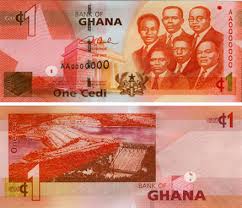 Today at my constituency a gentle man who was dazed by the the firm, well shaped and fexible buttocks of Asana that tolled like the old church bell at Old Catholic house in my home town Botoku, asked whether she was on facebook so he could add her as a friend,an action which led to a very interesting chat with the electorate of Hausa koko drinkers and kose nibblers on how social networks has affected our lives and whether indeed it has added value to our lives as social beings. So after analyzing ,dissecting, bisecting, evaluating and all other ‘tings’ that are employed in the thinking job market of one’s brain to arrive at a decision as though it were a destination which in most cases is not, I have like always decided to share nothing more than my One Ghana cedi thoughts with you on this issue. Personally I have been on Facebook for a while now and I have had the chance to meet and hook up with some good old friends that I lost contact with, I have also met and made new friends who are beautiful within and without but trust me there are friends and there are friends. I’m indeed one of those people who keeps just a few number of close friends and though I have over a thousand friends on Facebook I only interact with a few number of them just like you who is reading this.

I have met some in person and we have become friends and exchangers of ideas based on our interests  whilst others  I would rather not meet physically at all since we do not even in the virtual world interact and that is just me.  To me, human relationships mean so much to me that I have recently been accused of taken friendship too serious. Though laughable as it is, it is the person’s opinion and I believe anyone who thinks like that does not know the actual value of life and living it. Whether an individual is your mother, father, brother, sister, husband, wife, girlfriend, boyfriend etc, you need to be friends to sustain your relationship. It is therefore imperative that you do not allow yourself to be treated as an option whilst you treat the person as a priority and over the last few months I have come to realize people are offering themselves up as options to others willingly at the very cheapest of prices that under normal circumstances need no bargaining and yet their low cost self prices are still bargained for, leaving them with a price of nothing. I have heard stories from people on how easy it is to get laid via Facebook and other social networks in matters of hours depending upon your ‘wildness’ as they put it.

According to one of my sources he even arranged a threesome for a popular radio presenter and DJ of one of the cosmopolitan radio stations in Accra. According to him he has had his fair share of fun with quite a number of girls who became his friends via Facebook and trust me the story is the same with some friends who have been bold and proud to speak about their sexual escapades via Facebook. According to him some of the ladies actually initiated the move and all the guy has to do is to push the idea. Now the question that has been lingering in my mind is whether these social networks especially Facebook has removed the blanket of morality in terms of sexual orientation and relationships that kept society warm and cozy in years gone by or is it a case of an avenue which was lacking made available for society  to reflect  its true self? One of the things I find amusing and pathetic about this situation is that, though society-wise guys can brag to their friends and point out the ladies they have slept with which I believe is so very wrong, the ladies are also doing the same thing these days. They get to compare notes as though it was a class they are taken and are preparing for final exams.  My interactions with some ladies has revealed that they grade on the guys performance in bed and so you can have five girlfriends sleeping with the same guy because he satisfies their fantasies of what good sex should be like. The most interesting thing about this new craze for one night or one day stands as it is in most of these cases is that we have some married and prominent people who others look up to as role models involved in this sexual charades with the unmarried ones. With all these happening my one Ghana cedi mind cannot just understand why these sites are not referred to sex networks because to me sex is not a social event and as such anything cyber that will create the avenue of sexual exploration of individuals rather than creating an avenue of social bonding which supersedes any kind of networking should not be called a social network. Damn what happened to the chasing, the rehearsals in front of the mirror, the practicing of your speech and tone per sentence,the dressing up and checking your breath, the rejection to see whether you were serious or not, your persistence and perseverance(as my brother-in-law will say), your gentle manliness in spite of the initial rejection and how everything crushes down and you breath a sigh of relief when she says YES?

Now let me pause to have a good laugh(hahahahahahahaha hoooyiiiiiii) a laugh prompted by the notion that some ladies after reading this will start asking themselves whether i know that they have slept with some friends of mine the met through Facebook or not.Hahahahahahahaha. Well. it was a choice you made to get laid and it was his choice to lay you.So whether you are the layer or the ‘layee’, it is you one Ghana Koko.

Well, as usual the clock is ticking and my one Ghana cedi is almost exhausted. If you want to have an open discussion with me tomorrow meet me at the koko base near the Nima Junction and let us drink and nibble as we talk and discuss the way forward. I just hope my one Ghana cedi worth of Hausa koko and kose will be enough for us to share as these one Ghana cedi thoughts of mine

Posted by soulbase on February 22, 2013 in ARTICLES, Rants